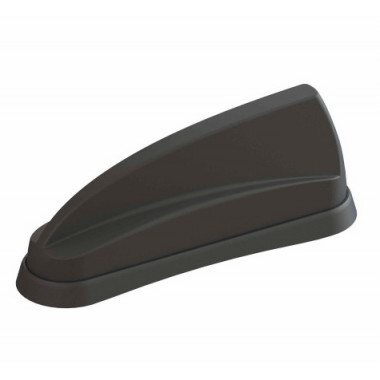 Seven antennas are integrated into a single, rugged sharkfin-style radome. The ultra-wideband 2x2 MIMO cellular elements operate on all global 5G LTE frequencies (617 to 6000 MHz), including LTE band 71 (617 to 698 MHz). The cellular antennas are highly efficient with >12 dB isolation, and they offer 5 to 9 dBi peak gain depending on the frequency. In addition, the SHKG-6-60-QW adopts 4x4 MIMO WiFi 6, supporting 2.4, 5.0, and 7.1 GHz wireless networks. The GPS/GNSS module has advanced noise filtering and works with GPS, Glonass, BeiDou, and Galileo satellite systems.

The rugged dome is manufactured from heavy-duty plastic for extra durability. It includes a boot-mount gasket for better sealing and conductive pads on the underside for superior grounding. It may be placed on a metallic or non-metallic surface, and there is no significant impact on the antenna’s overall RF performance if the antenna cannot be tied to a ground plane. The radome mounts through a single hole drilled in the vehicle roof and is slim enough to fit between the roof rib lines of most major vehicles. Plus, the SHKG-6-60-QW carries a stringent IP69K test certificate, assuring it repels water and dust for safe operation outdoors. 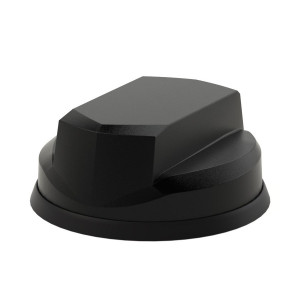 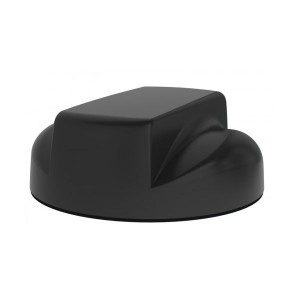 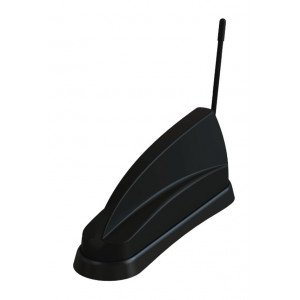